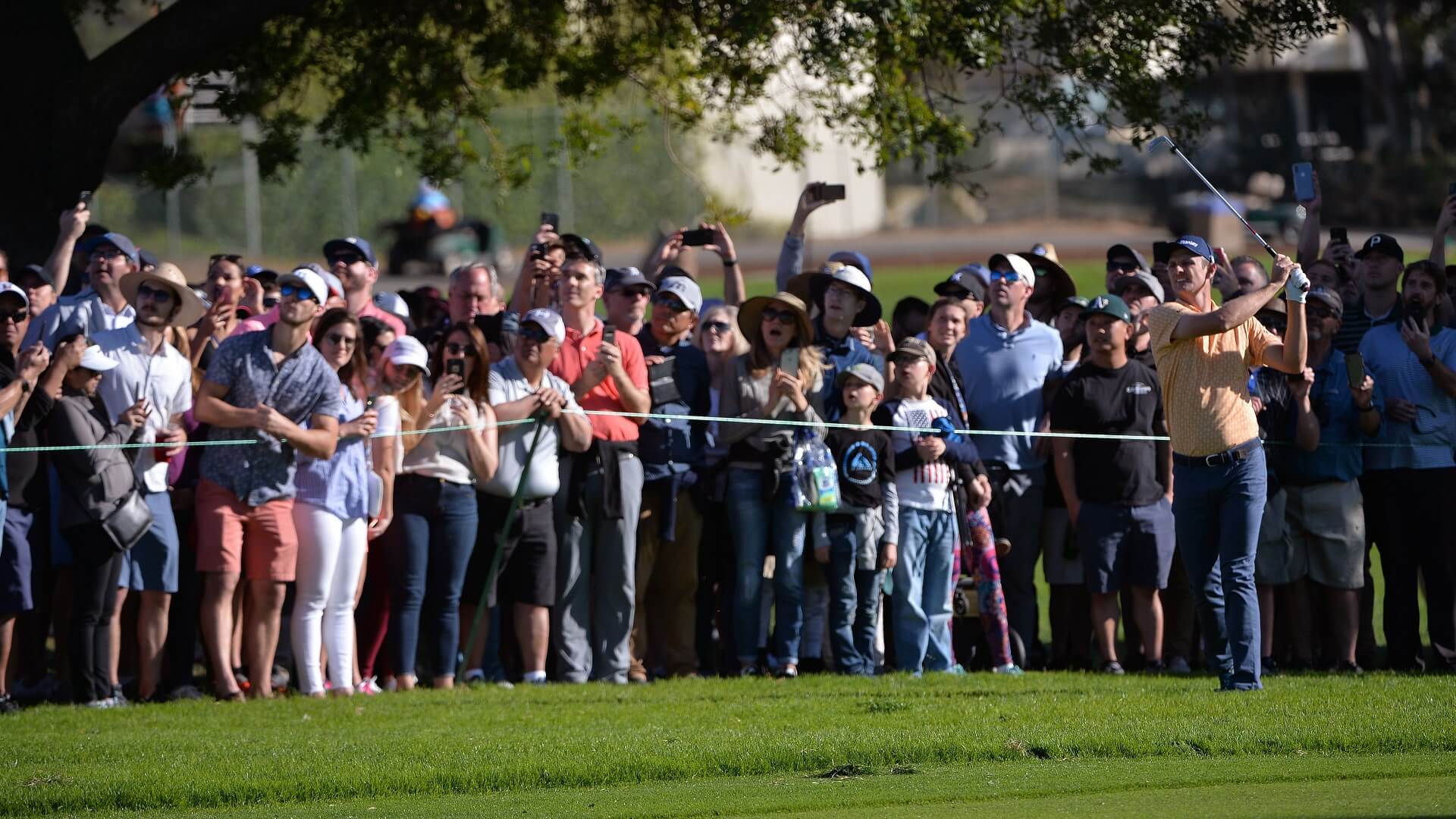 The European Tour is the premier DFS event this week as the PGA Tour hosts the team event at the Zurich and even though DraftKings leads us to believe they’re making things better they have yet to figure out how to score the event (even though it wouldn’t be much different than standard scoring, but I digress).

This is the fourth installment of Trophee Hassan II at the Red Course at Royal Golf Dar Es Salam which is a tree-lined parkland course with undulating hills and is a tough test of golf.

The course itself requires accuracy off the tee (due to the trees), as well as placing tee shots on the correct side to navigate the various doglegged holes. Water comes into play on four holes, and there are ample bunkers guarding the greens which also adds some challenges to approach shots to the raised/elevated greens. Once on the moderate paced poa greens, players will continue to be challenged which speaks to why scores are fairly high when the cut rolls around.

The course is a strong test of golf overall and selecting players who have a strong all-around game is the preferred method this week. Unfortunately for us, the field is pretty weak in the grand scheme, so I would recommend going with more of a balanced approach with lineup construction this week unless you’re playing over 20 lineups. The gap between the best player in the field and the 30th isn’t significant enough to warrant a true stars & scrubs build, in my opinion.

·      Analysis: Luiten’s performances here the past two years have been strong enough where I think the public will gravitate to him to start their builds. While I don’t think that’s a bad idea, I do think the volatility of Euro DFS warrants looking elsewhere if you’re building more than a handful of lineups. He’s the obvious chalk cash play at the top of the board this week as well.

·      Analysis: Nacho probably didn’t enjoy the break as much as some Euro Tour regulars as he was on a three straight Top 6 streak leading into the Masters. The form alone gives merit to starting GPP lineups with him over Luiten, especially when considering he was a runner-up here three years ago.

Erik Van Rooyen (DK $9,500): 7thhere last year in his debut at Trophee was a strong start. Unfortunately, the sample is too small to suggest him for cash games as well as a core option for GPPs. If you’ve read this article more than once, you know I have an affinity for the Golden Gopher alumni because of his excellent ball striking and ability to get hot with the putter. He’s a preferred GPP play this week.

·      Analysis: The form and history align with Shinks this week, but I’m not sure if he’s smoke and mirrors or actually playing like the player we think he can become. Regardless, I think he’ll be a popular play in all formats this week, so he may be someone to pivot off in GPPs as we know he’s one to crash after strong performances.

Jeung-hun Wang (DK $7,200): The former winner missed the cut in his defense year, but bounced back last year finishing 13th. That alone shows me how difficult it is to focus on golf during the week of defending your title. Even though he’s a former winner, I doubt he sees much ownership in any format and the form leading into the mini break was decent enough to warrant some exposure in GPPs.

Tapio Pulkkanen (DK $6,300): 36th here last year in his debut, Tapio hasn’t had the finishes lately like we saw late into last season, but the upside is still in there somewhere. He’s a bomber who’s been having issues with his approach shots and putter this season, which makes him the ultimate GPP play and someone we shouldn’t put a ton of exposure behind.

·      Analysis: Detry’s driving has been an issue this season, but he’s been bailed out by his putting for most of the year. Because of this, he’s an ideal dart throw at the top of the board considering most of the top tier players are a bit more consistent in their tee to green game. If he’s having a good week with the driver he could give us an outlier upside finish which could be better than last year’s 19thplace finish.

Christiaan Bezuidenhout (DK $9,000): History includes 22nd and 34th place finishes and his form leading into the break includes six straight made cuts and three Top 10’s. I like him as a play in cash, but someone I’d prefer to take shots with in GPPs. The layoff worries me a bit, which is why I wouldn’t recommend giving him a ton of exposure.

Bradley Dredge (DK $7,300): 13th last year, but hasn’t teed it up in over two months. He’s probably a decent value play as he has made his last five cuts on Tour this season and has the course fit to boot. Unfortunately, he’s someone who ultimately disappoints when you think he’s got the game for a course so that’s why he’s getting the “dart” treatment this week.

Jordan Smith (DK $11,000): Smith’s game of fairly accurate bombs off the tee and the ability to scramble should come in handy this week as the winning score shouldn’t get out of hand. If he can continue his trend of finishing strong on tough conditions, he should fare well again this week. He’s given us the upside of a Top 10, while making the cut in both appearances in Morocco the last two years.

Julian Suri (DK $9,100): Suri is my pick to win, so naturally he’s going to be listed in the core. Since returning from ab surgery, his game has been very sharp and it showed after the 4thplace finish at the Hero Indian Open where he opened with two straight rounds of 67. He might be the best tee to green player in the field this week.

Fabrizio Zanotti (DK $9,300): Zanotti fits the bill as someone who avoids bogeys, is accurate off the tee, and has a strong approach game. If this course/tournament plays out the way I think it will, Zanotti should have a shot at finishing inside the Top 10 this week with Top 5 upside. Going into the break he had made 5/5 cuts and finished with three straight Top 15’s. He missed the cut here last year so I’m sure we’ll have massive leverage on the field, ownership-wise.

Adrian Otaegui (DK $7,600): Three made cuts here the last three years, best finish was 19thlast year. 10th in his last event prior to the break and someone who has sprinkled a few missed cuts in over the season in less than ideal spots, but his overall game should fit the course requirements and any finish inside the Top 25 seems like a reasonable expectation.